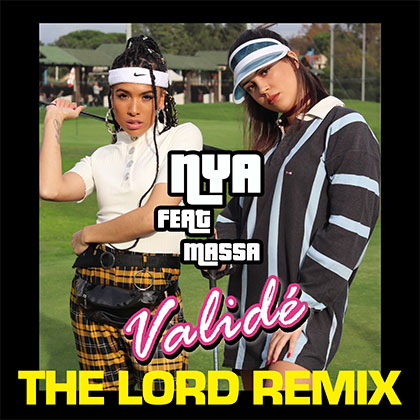 NEW REMIX by DJ THE LORD!

NYA is a part of this new generation of Urban Pop French singers. She grew up in Nice and started as a Dancer (Modern & Hip Hop)

She works for the biggest names, Alicia Keys or Maître Gims.

In June 2018, she released her first single "Ma Poto", which got more than 3M views on YouTube.

She's back with a new single, "VALIDÉ", as a duo with French influencer MASSA (220k subscribers on Instagram), in which the girls criticize the Z Generation focused on social networks. NYA and MASSA express their friendship and their wish of freedom.