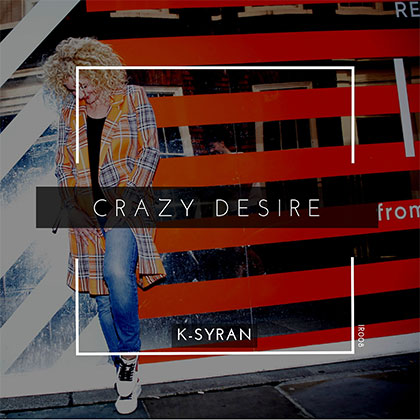 Keeping up with K-Syran:
After achieving monumental success with her first 2019 single, Carefree Careless, K-Syran returned to the billboard charts with her June-release Crazy Desire and her much celebrated performance at the celebratory Manilva Pride.

The powerfully infectious single, produced by Intimacy Records' favourite Dan Thomas, has now been released with an exciting music video.

Inspired by the single, illustrious artist Bernard Garo translated his vision into underwater imagery of K-Syran in the the most stunning Three Graces dress. As a result, much like the single itself, the music video is poetry in motion and celebrates the art of the melody.

Collaborative in nature, when speaking about the single, K-Syran emphasises that this playful tune draws upon the world around us and what she has been learning about relationships. Explaining the single, Ksyran mentions, "I was reading an article about how married couples are using apps like Tinder to add spice to their love lives"; leading to the production of this single.

Beyond her illustrious work in music, K-Syran will also soon be featuring in the film The Lady from The Sea.

As the leading lady in this exciting new venture (based on the much celebrated play written by the prominent Henrik Ibsen), K-Syran is demonstrating her dynamic versatility and ingenuous creativity; in the lead role of Ellida.

About K-Syran:
Having started her career on an exciting note by opening the UK Tour for the prominent Blue, K- Syran has since been receiving the love and praise of music connoisseurs across the globe. Releasing two albums (Smoke In My Veins and Dizzy), topping several billboard charts and even having one of her singles being nominated as the anthem of International Women’s Day 2016, K- Syran’s journey continues to demonstrate an exciting path.

K-Syran follows up 2018’s monumental success with billboard charting singles, Shake that Booty and Dizzy, with her brand new offerings this year; in the form of Carefree Careless and Crazy Desire.

To add to all these incredible feats, K-Syran also recently performed live at the Manilva Pride on the 15th June 2019. Celebrating equality and dignity for all, this performance added to K-Syran's line-up of live performances in 2019.

Dedicated to creating great music and versatile performances, K-Syran is at the forefront of creating an unparalleled music experience.