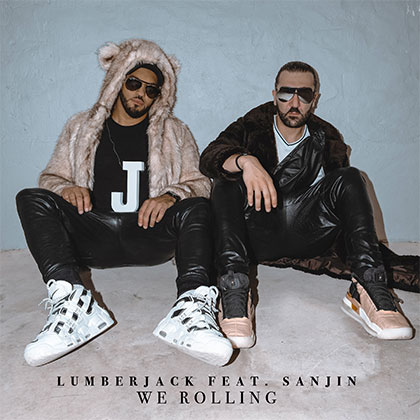 French duo Lumberjack started with the singles "Warrior" and
"Drop On The ground" which fast became playlisted by NRJ, Fun Radio who are consider biggest radio stations in France. After their nomination for best newcomer Artist in France, Lumberjack shows and recognition have started to grow progressively and internationally.

Revered French electronica duo Lumberjack touch back down, following on from the heavyweight success of their remix on DJ Snake's cut 'Magenta Riddim' - which picked up support from the likes of Axwell & lngrosso, David Guetta, Tiesto, Hardwell, Diplo & many more.

Set to light up a hast of global club floors, festival mainstages & radio airwaves. Lumberjack's rise shows no signs of slowing & their beat goes firmly on, as shown by this new anthem, perfect for your Dancefloor!