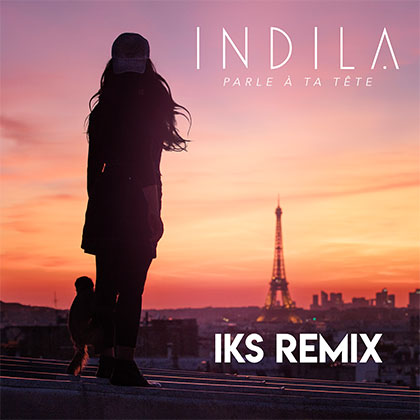 Indila is back with a new high level song, announcing a sincere and straight to the point album…

Her song « Dernière danse » had a total of more than 555 Million views and her 4 videos got more than 1 billion views.

Her new single « Parle à te tête » has already been adopted by her fans, which confirms her huge comeback!

The day it was released, the track has been #1 of Itunes chart, and was playlisted by NRJ Radio, which made the Hit Music Friday all about her. She was also very well received all around the French territory : Champagne, Voltage, Tendance Ouest, Direct FM, Vibration, Flor FM, FGL, Fréquence plus, Happy FM, Oxygene Radio, RTS FM…

« Parle à ta tête » is also at the top of streaming playlists: #3 of French Pop Playlist, #10 of the Friday News on Deezer ; #10 of playlist Fresh Variety, #7 of Pop News at Spotify and #5 of French Pop at Apple Music.