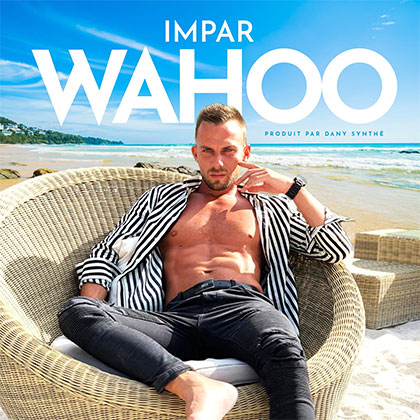 Impar is the upcoming artist of Urban Pop scene. Born in Champigny, France, he got early interest in music. At 13 yo, he wrote Lyrics to pay tribute to his dying grand mother. Supported by his family he never stopped song writing since then.

In 2017, he performs on many stages in many projects, such as Emergenza festival, where he's a finalist in 2018. After that, he started a tour in several venues such as Bataclan, la Maroquinerie, la Boule Noire, …

This unplugged instruments lover has a sincere writing, and he describes with accuracy the love life and the adventures of a young 26yo man.

Named “Avant l'Album”, his first 7 tracks EP is definitively putting Impar in the "Artists to check" category. In this record, he gives us a large range of his art, from dance sounds to pop music.
This EP gets also a collaboration with Dany Synthé who also produced Booba, Mhd, Maitre Gims, Louane, Niska, Matt Pokora, David Carreira, among others, and who put under the spotlights Impar's huge potential.

If you consider the success of Impar on social networks (21,1K fans on Instagram) you can bet on this surprising artist, and follow him closely…