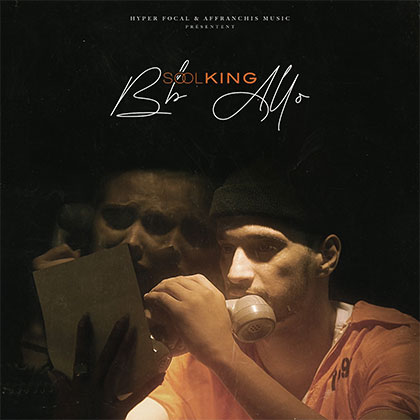 Between actual sounds and oriental influences, Soolking gets different insirations to create his unique style.

Signed on Sofiane's label – Affranchis Music – Soolking is propelled by his last singles « Guerilla » (Platinum), « Dalida » (Gold) or « Zemër » (Gold), thanks to his vocal imprint, his catchy melodies, and his ability to mix genres, influenced by Raï and Rap.

In January 2018, Soolking performs his single « Guerilla » in Sofiane's planet rap show, and explodes the counter, becoming the most viewed video on YouTube Skyrock, with an historical record of 231 million views !

After a few solo singles and some collaboration with big names of French rap (Maître Gims, Jul, Sofiane, Soprano and many others), Soolking already gets more than 350 million streams. In November 2018, Soolking presents his first solo album, reaching #2 of French Top Album, Gold record in 3 weeks, then platinum as today.

With a very strong organic, his social networks fanbase is growing at light speed, with 11 million fans and 1 billion views on YouYube; the biggest web influencers being already on it…