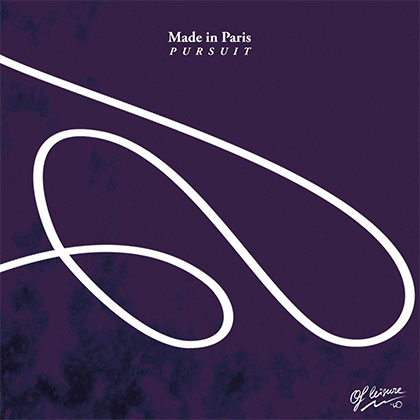 Made in Paris is well under way with underground enthusiasts. Paris’ most anticipated EP's on Salomo, Mooseekaa & Motorik have gained a solid support from Nicole Moudaber, Richie Hawtin, Oliver Schories, Joseph Capriati & more

With a mind for the melodic drive of techno and deep moods, Made in Paris remains in a league of her own, noted by copious media and industry tastemakers as one of country’s most impressionable underground DJ’s, producers and label curators. Dropping hints from her recent USA tour through to Australia’s Piknic Electronik and midyear at Splendour In The Grass, the Sydney artist and record label curator depicts the blood of her work across the globe in her deep and dark production journey. The Made in Paris project has entrapped enthusiasts within the industry from Maceo Plex and Animal Trainer to Joseph Capriati’s techno allure, with a globally acclaimed Mixmag, BBC Radio 1 and her most recent Triple J Mix Up Residency, making her a devilish staple in consoles across warehouses and concrete jungles of the underground.

Her recent ‘Erratic’ EP on her label Upon Access, welcomed in 2018 with support from Mixmag, Music Is 4 Lovers, Data Transmission and more following her highly successful singles ‘Reconnect’ on Of Lesiure and ‘Burial’ on Unknown Records. The ‘You’re Wrong’ EP took her signature to another level with love from BBC Radio, Ibiza Sonica & I House U, while the EP ‘Dancing In The Dark’ on Motorik just prior garnered love from artists Nicole Moudaber, Danny Tenaglia, Tiga and more. 'The Vault' via Motorik also, recently had high-end push from Sven Vath & Maceo Plex at the inaugural Timewarp Germany 2017.

Shadowing the touch of her pioneering peers, from the days of pure vinyl to the era of future beats, it’s without a doubt the magic lined up from her studio has pricked ears ahead of her next drop on Motek alongside Barbuto, while a full calendar at Beyond The Valley Festival, Pitch Music & Arts, Your Paradise Fiji and Warehouse Collective with Stephan Bodzin is ramping up her schedule.