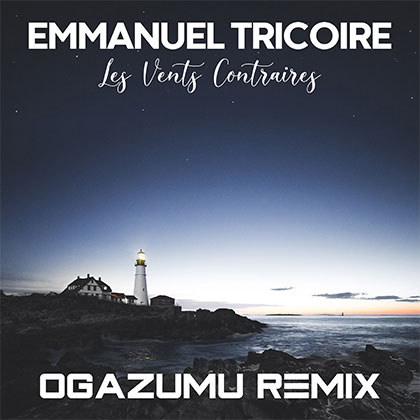 He could have been one of these 40yo models with greyed hair on the cover of fashion magazines. It is, however, surprisingly in courthouse halls, it is more common to see him in a black robe, pleading the lives of others with conviction and benevolence.

But it is another score that is being played today. Emmanuel Tricoire sets the scene for a universe full of nuances, through his songs in which there is talk of a rebirth, of the story of the one who "gave up his dreams to become a man" and who "returns to his dreams ”.

Emmanuel Tricoire ticked all the boxes of this "social success" that is given as a model.

Academic, lawyer, he has written books, received awards, pleaded in important trials, participated in television shows, in the 8 p.m. newspaper, he was one of those who settle in, who don the costume, who move forward without asking any questions.

Listening to his first single, "Les vents contraires", we find ourselves in this desire, one day, to drop everything to set sail: