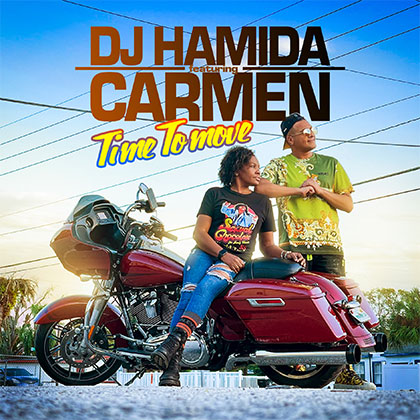 DJ HAMIDA is a DJ unlike any other: he literally sets his parties on FIRE.

That's why he's booked around the world, non-stop.

After the success of "Sunshine" in Clubs and Radios, DJ HAMIDA sends his second single, feat CARMEN: "Time To Move".

After what we have just been through during these 2 cursed years, it is indeed "Time to Move"!