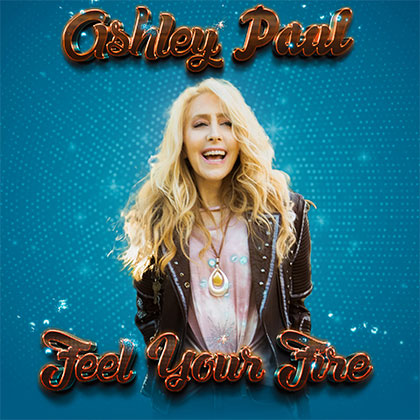 The performer of 80s classic hit "When Boys Cry" keeps on going, after "Come and get me", which reached #9 in the Buzz Chart and #19 in the Hit des Clubs DJBuzz. ASHLEY PAUL is now releasing her new single, even more Nu Disco, with even more glitter and disco balls!

This track has been produced by Award-winning producer, songwriter, DJ & artist Damon Sharpe, who has been involved with the production of albums that cumulatively have reached nearly 2 billion streams. He has worked with the likes of Jennifer Lopez, Ariana Grande, Pitbull, Alesso, Kelly Rowland, Kylie Minogue and many others. His songs have been featured in feature films, television shows and commercials around the world.

The first remixes of this pack are signed OGAZUMU and UNTIL DAWN, with Edits made especially for your radio shows…